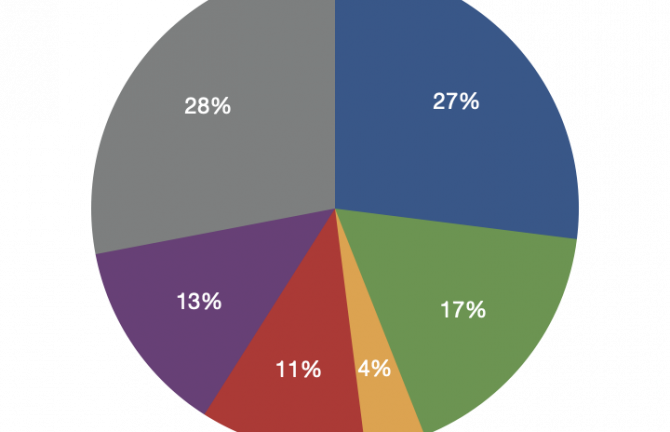 In 2020 Covid challenged the world and it was no different in Puerto Vallarta and Riviera Nayarit. It caused havoc for the hospitality, restaurant, and bar industries and the local real estate market was no exception. The year finished down approximately 17% over last year's banner year, and slightly under sales volume in 2018. That's the results when comparing sales results year over year. But most real estate sales happen a month or two prior to the closing date, so in effect, many of the sales that were recorded in the first quarter of 2020 were actually "sold" in the last quarter of 2019. And as well, the significance of Covid wasn't realized until in the latter part of the first quarter. Looking at sales by quarter and comparing it to the previous year we see that the first quarter was down slightly by about 10%. But in the second quarter sales tanked with volume down by 50%, followed by down 25% in the third quarter. Sales rebounded in the fourth quarter by 23%, as possible containment hopes and a release of a vaccine, became more optimistic.

Interest in tourism real estate remained strong for American and Canadian buyers, even though for much of the year it was difficult for anyone to physically view properties, or at times, to even get to Puerto Vallarta. This was partially offset, however, by an increased interest by national buyers who found traveling outside of Mexico difficult and complicated and so turned inwards and traveled within the country, resulting in more Mexicans buying in the region than in years past. The fact that they could purchase real estate in US dollars and therefore lock their investment into a more secure currency, didn't hurt either.

Covid has forced many agencies and developers to get creative, such as offering online virtual tours where one can actually walk through a property, room-by-room, without actually physically being there.

But before jumping into more statistics, a little about the local market.

Puerto Vallarta lies within the state of Jalisco, close to its neighboring state of Nayarit to the north. Their border, (the Ameca River), actually splits the Bay of Banderas in half with Vallarta and its suburbs residing on its southern shore. The coastline north of the Ameca is commonly referred to as Riviera Nayarit. For tourism real estate (second home and foreign buyers), Puerto Vallarta traditionally makes up about 2/3s of the market, or twice the number of sales as reported in Riviera Nayarit.

This is a little misleading, however, because of the manner in which real estate sales are reported in the region, or in Mexico for that matter. There is no central database available to extract what sales have actually taken place as you find in the USA or Canada. The only source is what real estate agents report within their MLS systems. The closer to central Puerto Vallarta, the better the reporting has been. But as you move farther away, especially into Riviera Nayarit, sales reporting diminishes. This is especially noticeable in the Punta de Mita area at the north end of the bay which offers primarily high-end, upscale real estate options and has been tremendously successful but whose full numbers are not being reported in the MLS systems. The same goes for a number of real estate developers that may not be part of the MLS systems - many are not reporting their sales either. This means that actual gross sales for the entire region are most likely significantly higher. That said, there is still enough to identify significant trends in the marketplace. And here are some of them.

The previous graph shows that the market has experienced tremendous growth in recent years as it recovered from the 2008 economic crisis, although part of this growth is also due to the fact that there is much better sales reporting taking place. The Puerto Vallarta and Riviera Nayarit region delivers one of the most sophisticated real estate markets in Mexico, on par or second only to Los Cabos. For much of the rest of the country, there are no MLS services, which are well known for providing excellent marketing tools for real estate professionals and making it much easier for prospective buyers to know exactly what is for sale in a region. Looking for real estate in Vallarta isn't much different than how it is north of the border. That said, the buying experience can be quite different as you are dealing with a different language, culture, and currency. Three good reasons one should use a real estate professional when buying or selling real estate in the region.

When looking at the market by how specific price ranges have trended we can see there is appreciation taking place, as reflected in the graph below which shows there are fewer properties available for under $100,000 while there are more in the million-dollar range. Part of this is reflected in supply and demand, but as we'll see shortly, there are other factors showing prices are indeed increasing.

As the condominium market makes up for at least 2/3s of all sales and has done so traditionally for many years, we can get a better of how the market has performed over the past five years by just looking at their sales data. In the graph below we see a trend of increasingly more sales above $500,000 while fewer sales for units under $100,000. Realtors are reporting so far for this year an increase in interest in the $500,000+ price range but with limited supply, suggesting that this trend will continue. The most popular range is between $100,000-$250,000 with over 80% of sales for condos under $500,000.

In 2007, at the top of the market, condos were selling substantially higher with an average sales price of $400,000. Although condominiums values dropped, they have since rebounded, although not to previous reached levels. In 2020 the average sales price for a condominium was $340,000. But to put this in perspective, 2006-2007 were exceptional years which saw demand outpace supply, which drove prices up dramatically. Prices had been rising dramatically over previous years.

The two-bedroom condominium accounts for nearly 50% of all condo sales and has done so for years. The graph below also shows that studio units are becoming more popular. The probable reason for this is as prices have risen, in order for real estate developers to offer a low-priced unit, they resort to offering more studio condominiums that utilize space efficiently.

If we look at the condo market by type and how they have appreciated over the past five years, we get the results below. A one or two-bedroom unit has seen prices rise rather consistently by about 20% over the past five years. In 2020 we saw studio units spike while 4 bedroom plus units dropped. This is most likely a reflection of a downturn in an unsure market where buyers became more conservative and bought something smaller and less expensive. There was also a substantial increase in the availability and sales of high-end studio units in the Central South area of Vallarta.

Another way to look at this is unit size. Traditionally condominiums under 100 m2 make up 1/3 of market sales and consist of studios and one-bedroom units. Units from 100-150 m2 make up another 1/3 of the market and are usually consist of two bedrooms. And the final 1/3 is made up of condominiums with three or more bedrooms. The graph below reflects how sales prices have risen for units 100-150 m2 in size.

When it comes to what areas have seen the most sales, there are five that have traditionally been the most popular: Central South, South Shore, Hotel Zone, Marina Vallarta, and Nuevo Vallarta/Flamingos. Central South (south of the Cuale River and before the rise up into the mountains of the South Shore coastline) has been very popular for a number of years now and continues to dominate with about 20% of the overall condo market, although this has been dropping (it was at 26% in 2016).

When just the top five areas are considered, Central South makes up about 27%, (down from a high of 33% in 2016), while Marina Vallarta has just 4% market share. The South Shore had a 22% market share in 2016 but it was down to 13% in 2020.  There are probably multiple reasons for this. For quite some time the South Shore (Amapas, Conchas Chinas, Garza Blanca, Real del Mar), was the place for high-end luxury properties in the bay. And it still is to some degree, but some of its shine has been diminished by the opening up of land on the other side of the bay (especially in Punta de Mita). Other factors are, that although the coastal mountains provide excellent viewpoints for properties, it is also more expensive for building and there is less buildable land available. As well, it is situated a ways from the Vallarta airport - you have to go through Vallarta to get to it.  But it still has its allure with lush mountain vegetation, amazing hillside views, and a spectacular rocky shoreline you just can't find on the other side of the bay.

"Other" encompasses all the other popular real estate districts or areas in Puerto Vallarta and Riviera Nayarit. In 2016 it accounted for just 19% of the market, but it has been increasing each year, now up to 28% in 2020.  This includes ever more popular areas such as Bucerias, La Cruz, and a little farther out, Sayulita and San Pancho.

Missing from here is Punta de Mita, which really is a market of its own and perhaps should be considered separate from the other markets.

With the market finishing up 23% in the fourth quarter when compared to 2019, and with the world seeming to finally be in a position to handle the Covid crisis, this year for the Puerto Vallarta & Riviera regions sales will probably be stable but improving as we move through the year as lockdowns and confinement regulations are lifted and vaccine distribution, and inoculations, improves. 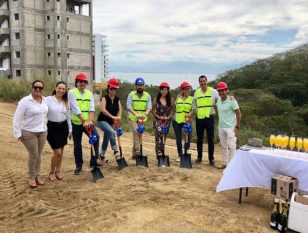 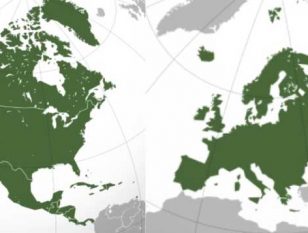 North America is an island of tranquility and opportunity… 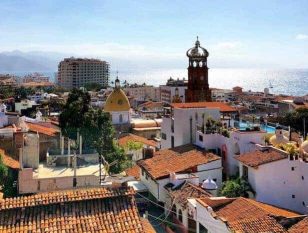