How Realistic and Reasonable is acquiring Ejido Land in Mexico?

Every day more people are hearing about ejidos and are getting more familiar with ejido processes and formalities. Actually, ejidos represent a very interesting topic for investors in real estate and tourism because a considerable amount of land in Mexico belongs to ejidos, and an important amount of these ejidos are located in coastal areas. This article intends to provide a general overview of ejidos in Mexico and the processes available to convert ejido land into sellable property, taking into consideration the most common inquiries I have been asked in working on ejido matters.

In Mexico all real estate is classified either as public, private or social property. This classification is derived from in the Mexican Constitution of 1917, which states that "the ownership of the lands and waters comprised within the limits of the national territory originally corresponds to the nation, which has the right to transfer the ownership of such (lands and waters) to individuals to constitute private property. . ."

All individuals and entities can acquire full ownership and domain over private property, which is transferable without any restriction except those established by the parties in such sale and by law, i.e. condominium property regime, zoning and construction ordinances.
Please note that the above is always subject to the restriction of Article 27 of the Mexican Constitution which establishes that no foreign individual or entity can acquire direct ownership of properties within the restricted zone (all lands located within 100 kilometers of any Mexican border and within 50 kilometers of any Mexican coast line).

Is "held" by a group of people. Social property includes those properties held by ejidos, indigenous communities and agrarian colonies. Under this classification, members of ejidos, indigenous communities and agrarian colonies acquire use and enjoyment rights only.
At this point we will focus our attention on the ejidos and the process of converting their social property into Private Property.
Thanks to reforms to the Agrarian Law made in 1992, ejido members can now acquire ownership to the land they hold via PROCEDE (procedure for ejido rights certification) and DOMINIO PLENO (full ownership) procedures. They can then transfer it to any third party, including foreigners.

In 1992, due to generalized conflicts existing within the ejidos regarding tenancy of land, the government recognized the need to regularize and give certainty to the tenancy of the land already "granted" to ejidos. It therefore decided to stop granting more land to ejidos. Due to this circumstance a process called PROCEDE (Procedimiento de Certificación de Derechos Ejidales / Procedure for Certification of Ejido Rights) was created under the current Agrarian Law.

By means of PROCEDE each class of ejido land is surveyed, numbered and assigned to each ejido member on an individual basis via "titles" or "certificates".
Prior to 1992 ejido members only acquired rights to use and enjoy the land, and were unable to transfer their rights to a third party as they did not "own" the property. Through PROCEDE, among other things, ejido members are now able to:

Enter into long term (30 years, renewable) association agreements with third parties to exploit their parcels and common use land; and
Acquire full ownership and title to solares (lots) and transfer them to any third party including foreigners, without restrictions.

For the above, PROCEDE is the process to certify ejido rights by means of which the ejido land is surveyed, classified (solares, parcels and common use land) and assigned to ejido members.

Areas assigned for individual use and enjoyment. The rights to this type of land are assigned individually to each ejido member and are subject to be assigned among ejido members or subject to joint venture agreements; and can be converted into private property via the DOMINIO PLENO procedure.

Areas that belongs to all or some ejido members "in common".

These are the urban area lots granted to each ejido member. Solares are granted through "Property Titles" and the ejido members acquire full ownership and are able to transfer them to any third party without restriction (including foreign individuals and entities) as they are the "owners". Solares do not comprise a classification of ejido land by themselves; actually they belong to a class called "Human Settlement Land", which is the urbanized area within an ejido that guarantees the community coexistence; i.e. schools, areas reserved to community works and public services, etc.

This land, with the exception of solares, is not sellable or subject to embargo, prescription or lien.

Ejido members only acquire use and enjoyment rights to parcels and common use land, which are recognized or supported by "certificates". However, these certificates are not "property titles" and they can only be transferred to other ejido members at this point.

In order to convert ejido "parcels" into private property, the ejido members should apply for the "dominio pleno" (full ownership) to the parcels they were assigned once the PROCEDE is complete. This will provide them with a property title that can be transferred to any third person, including foreign individuals or entities, and that accredits the ownership over such land.

Only members of ejidos in which the "majority" of parcels have been assigned via PROCEDE can acquire DOMINIO PLENO over their land. By means of this procedure, the ‘certificados parcelarios' are cancelled and substituted by "property titles" that attest to the full ownership over such land.

The parcels converted to private properties by following the "dominio pleno" procedure are totally sellable. However, the first sale is subject to "right of first refusal" that is given to the ejido representatives (comisariado ejidal), 30 days prior the sale, in writing and before a notary and two witnesses. If this notification is not made the sale can be nullified.

None of these procedures, PROCEDE or DOMINIO PLENO are automatic; the ejido must invoke and carry out all procedures and formalities of law related and together with the respective agrarian authorities to complete them, which in some cases take years to complete.

According to most recent statistics published by the agrarian authorities, 52% of Mexican territory is comprised of social property, 40% of private property and 8% of public property.

In addition to the above, an important amount of social property belongs to ejidos that are located in the coastal areas, which certainly increases the interest of real estate and tourism business investors in this type of land. For all of the above, in order to determine how realistic and reasonable acquiring ejido land in Mexico is for you, the following premises are to be considered:

David Connell is a licensed Mexican attorney with an office in Puerto Vallarta. If you have any questions about this process, you can contact David or Ana Lilia Lozona at their office at: www.mexicolaw.com.mx. 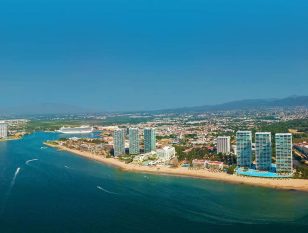 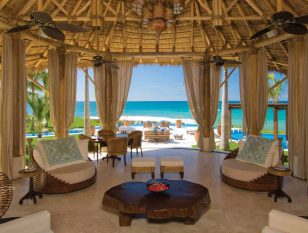 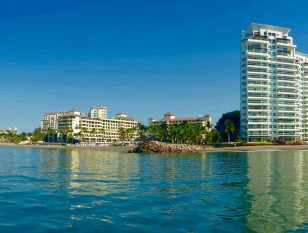 Value of Real Estate to the Puerto Vallarta Community