There is a cycle in real estate which follows the ups and downs of the economy. When the economy is doing well new development properties are in vogue and re-sales tend to lag. There’s plenty of money in the market and people have cash to spend. And when it comes to real estate, what they often want is something new with the latest features and amenities. Its a little like what takes place in the car industry; with new models released each year to tempt current car owners to upgrade. The housing market, in an upswing, is no different, be it in Canada or the USA, or here in Puerto Vallarta. But when the market slows down after a market crash or adjustment, such as what happened followed in 2008 and 2001, the cycle tops out, begins its descent, and development properties sales suffer while re-sales regain market share.

Puerto Vallarta is currently in the middle of an upswing in this cycle, with new developments popping up all around the bay and in hot demand.

During these good times developers try to outdo the competition by offering more “bells & whistles," something more special and unique. Units become larger, terraces wider and deeper, kitchens have every kind of appliance, bathtubs are Jacuzzis, and common areas features spas, gyms, massage rooms, two-car covered parking, concierge service and on and on it goes. Having been through a few of these cycles I’ve developed a bit of a sense as to when it may be peaking, and that’s usually when amenities go from being practical and useful to ostentatious and over-the-top. Right now? We are still a ways from reaching that over-the-top level.

When the market eventually crashes or corrects, however, (which it always does), these over-the-top properties are somewhat harder to sell as all those extras have a cost, and in a down market people don’t have money for them, nor want to part so easily with they have. Many developers get stuck with units they can no longer sell for top dollar and now realize the wonderful amenities they added to help them sell their product are now working against them. As the market tightens people want smaller units, less extras (as they add to the overall cost) and less amenities (as they drive up the maintenance fees).

People who had purchased previously at lower prices can sell at these prices whereas it becomes much more difficult for developers to continue building as they can’t build something that would compete with the price of resale properties. They either have to lower their prices substantially or hold on and wait, (for those that can afford to wait). Real estate offices that concentrated exclusively on marketing developer new product now find they have no to little inventory and scramble to try and get what listings they can in the resale market. Vallarta certainly saw this with the type of units developers started offering in about 2012. In order to compete with the pricing of the re-sale market they built smaller units with less amenities.

So an economic bull market delivers a booming developer market whereas a bear market drives the re-sale market. What's interesting right now is that both markets are hot, local realtors inform us. Developers are selling, in some cases up to 50% sold out before breaking ground. But re-sales are also in high demand, enough that there is a lack of good quality listings. Agents are in that good, but uncomfortable position where they have quality prospects but don't have the quality listings to show them.

The hot region in 2017 was Central Vallarta, and more specifically in Emiliano Zapata where the must-have amenity this time round involves rooftop common areas that feature a swimming pool (and especially trendy if there’s a sitting area in the middle of it), a bar, lounge areas and perhaps a spa and/or gymnasium. As most of these new projects are not on the beach, this is the one place where all owners can be assured they have access to an ocean view.

Over the next couple of weeks MLSVallarta plans to feature a popular region of the tourism real estate market that has experiencing strong development growth. We’ll begin with the current most active region, Emiliano Zapata, in the second part of this series about new developments in the Vallarta and Riviera Nayarit region. 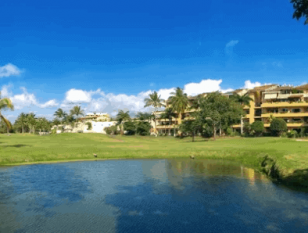