North America is an island of tranquility and opportunity…

Today in the news we are hearing once again that Europe is facing terrorism attacks within its capital cities. And once again concerns regarding security are rippling across the Atlantic to the shores of North America. We all question if is the something we will soon see happening in the Americas. Fortunately for the residents of North America, it has a few geopolitical advantages over its neighbors to the east.

Recently George Friedman of Maudlin Economics posted that "North America is an island of tranquility and opportunity…” when compared to what is happening in other parts of the world. When it comes to security, and today that is on the minds of many, North America is much like a tranquil island, separated from regions of the world where there is the most unrest.

To the east and west the Pacific and Atlantic provide North America with thousand of miles of profound protection, with the arctic polar icecap playing a similar role to the north. it is made up of just three countries and has just one land border, shared with Latin America to the south and which is only 870 km long. Compare that with the European Union which consists of 28 countries, shares thousands of kilometers of land borders with 13 other non-E.U. countries, and, although it is surrounded by water, the Mediterranean is all that protects it from where most of the unrest is taking place and which is easily navigable by small boat into Greece or Lampedusa, Italy. Adding to that, the E.U. has to deal with multiple languages, multiple cultures, an out-of-control migrant problem and has seen the rise of terrorism threats in nearly every member country of the E.U.

North America is also an island of opportunity. The European Union’s GDP is greater than that of the U.S. at just over $18 trillion, but when the U.S., Mexico and Canada are combined it totals $21.8 trillion, making it the largest economic union in the world by 20%. Trade between Canada and the U.S. and Mexico and U.S., is, for the most part, balanced. NAFTA, although contentious, has helped bring the continent together economically and provided ample opportunity for all three countries.

Friedman continues, "First, the Eastern Hemisphere (Eurasia in particular) is moving toward systemic failure. The EU is struggling to manage a host of problems. Russia is contending with strategic and economic challenges, particularly the collapse in oil prices. China is trying to find a stable new normal and maintain social stability. As for the Middle East, no summary will suffice. The rest of the Eastern Hemisphere is experiencing what I might call “normal instability.” Compared to other parts of the world, North America is not only remarkably stable but is also doing well economically...with Mexico as the most promising region economically. While Eastern Hemisphere powers teeter on the edge of an economic volcano or tumble in, the United States finds itself relatively insulated from declines in global import demand, and the US insulates the countries on its northern and southern borders to a great extent."

Friedman contends that Mexico, of the three countries that make up North America, may have the most to gain. "Mexico has the 11th-highest GDP in the world based on purchasing power parity, according to the International Monetary Fund. As Europe weakens, it will be in the top 10 in the not-too-distant future.” It currently sits between the U.K. and Italy. Not bad for a country that, unfortunately, is regarded by many Americans as a Third World nation, dominated by drug cartels and impoverished people desperate to get into the United States. Americans need to get over this and recognize that Mexico is a major world player and a great neighbor to have.

In this U.S. election year we are hearing too often that America isn’t great, but that’s what happens during an election as candidates battle for the presidency. However, when compared to what is going on in the rest of the world, and considering its geopolitical position, not only is America doing well, it probably is best situated, along with its neighbors Canada and Mexico to continue to outperform many parts of the rest of the world well into the foreseeable future. US travelers look to Mexico for Thanksgiving Getaways 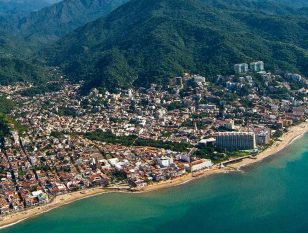