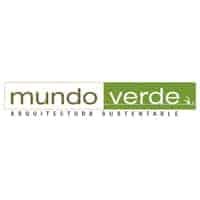 Mundo Verde is not only a green architect firm, but also a green supplier and store where you can find a wide variety of green products for your house. This way, customers can ask for a new green project to be developed from the beginning by Mundo Verde architects; some people might only look for a partial restoration or the installation of a specific system, while others maybe only need to buy a product, as they might have their own architect running their project.

With time, it has become more and more important to use green products in order to preserve our environment and improve the quality of life of users. That's why Mundo Verde has made a commitment to integrate the new technologies in its designs and redefine others that allow to save energy, keep the natural resources, reducing waste and optimizing the performance of the traditional construction systems without harming the environment.

Mundo Verde is a Vallarta-based company founded in 2011 by Spanish/Mexican architect Javier Oliva, who has a long experience in big architectural projects both in Mexico City and Madrid, and his wife Laura Maiz. What's different about Mundo Verde is that it integrates the concept of sustainable architecture into its designs, projects and products.

"I wanted to write Javier and Laura both to thank them for all the good work they've done in helping me save money at my houses in Sayulita! The first job Javier did for me was to figure out how to make my solar panels be more efficient, which he did by suggesting that I do two things: the first was to put in a new (whatever you call the box that turns the solar power into electricity) and then to get rid of the batteries and feet the power directly to the CFE meter. The added bonus for me was that you could send me the data on the percentage of power my panels produced, which has been hugely valuable. I was very late in realizing that the panels need to be cleaned twice a week due to the dirt that accumulates. Once they were cleaned, I found that that the power generated increased by 3-4 times! Now I can compare that increase in power generated to the readout of the power generated that they did from their computer some months ago. The second item Javier suggested was to change the pumping system for my swimming pool to a 110 system that had variable speeds. He also suggested that I change to a salt water pool which saved me a lot of money in Chemicals. And, the third item was to install a new CFE meter so that I have one for each house. I haven't had enough time to see the impact but it appears that the savings will be substantial! I'll know in two months when the next power bills arrive. I am so appreciative of all their suggestions and that things worked out as promised."

"In 2004 after visiting Sayulita for several years we purchased a hillside piece of property…just a 10 minute walk from the Plaza in Sayulita. It was before cell phones etc…in Sayulita. I was on the hunt for someone to help design and build on our newly purchased property. The type of homes being built in Sayulita at that time was not something that interested us. I was touring various real estate offices and ran across a brochure on Colina la Iguana. This was a brand new development Javier Oliva and his wife Laura Maiz were in the process of developing. I took one look at the proposed development and knew that this was the type of home we wanted to live in. We met Javier and Laura in the Plaza and drove to our property where we spent a couple of hours walking the property exchanging ideas. Javier went back to the property several times before he came back with his initial ideas. The only direction we gave him was the size of the houses and that we wanted “Mexican Contemporary”. Javier had clearly listened very carefully to us and the initial design exceeded our expectations – that was November of 2004 and the work started. We were only going to visit the building site twice during construction. We had to make a decision to trust Javier and Laura completely and not mettle too much with the design…you can only do so much over email and we didn’t want to slow the progress down. It was the right decision. In October 2005 we packed our car in Seattle and drove to Sayulita. I remember to this day driving up the driveway and seeing Javier and Laura smiling from our front door ready to hand over our house to us!"

"My wife Linda and I have been visiting Mexico for twenty five years. We had often discussed owning a home there but had never found the right spot. That all changed in 2007 when we found Sayulita. It is the perfect combination of old Mexico (no stoplights or Burger Kings) with the charm of great beaches, restaurants and all of the conveniences of nearby Puerto Vallarta. However, we had heard all of the horror stories about people who had purchased homes in Mexico, or even worse, had tried to build a home in Mexico. As part of a tour of Sayulita a local real estate agent showed us a lot in Colina la Iguana and we instantly fell in love with the location. Close to the beach, great views and just close enough to central Sayulita to walk to but far enough away to avoid the noise of late night revelers. The following day we met with Javier Oliva and his wife Laura Maiz. This turned out to be a mutual interview to decide if the four of us believed we could work together to create a beautiful home. The meeting lasted almost three hours and at the end Linda and I knew that Javier and Laura were people that we could trust, not only with our money but with our vision of a home that we, our children and our grandchildren could enjoy for years to come. Just eighteen months after that meeting our home was completed. It was on time, on budget and in every way exceeded our wildest expectations of quality and charm. We love our home and you are welcome to take a tour and make your own decisions about the care that Javier and Laura put into the design and construction of our home."