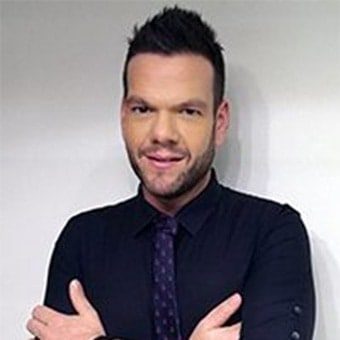 Joshua Rappaport is originally from Toronto, Canada and has been living in Puerto Vallarta since 2003. Joshua obtained his Mexican citizenship in 2014 and is now Canadian-Mexican. Josh was fresh out of university when he decided to make this piece of paradise his home. He was finishing his degree at the University of Toronto and decided to do his final credits as part of an exchange program offered by the Universities of Toronto and Guadalajara (Guadalajara is about a 5 hour drive from Puerto Vallarta). Josh finished his courses, earning a Bachelor of Arts degree from the University of Toronto with a major in Political Science and a minor in Spanish. Josh’s mother tongue is English, but he is completely fluent in Spanish and can handle brief conversations in French and Brazilian Portuguese.

Upon completion of the courses in Guadalajara, Josh travelled to some of Mexico’s colonial gems in the center of the country before settling in Puerto Vallarta. Josh spent his first few years in Mexico working in a tourist-based industry, where he was able to perfect his conversational and business Spanish and acclimatize to Mexican culture. Josh then began working for a mortgage company, where he quickly excelled and earned the title of senior loan officer with the highest sales four years in a row. Before long he also developed the peso division, offering loans to Mexican nationals. Josh continued to excel at these positions —through his hard work, honesty and dedication. As is the natural progression for many, Josh decided that it was time to branch out and open his own business

Josh Rappaport founded Cross Border Investment in 2012 with the philosophy of providing premium customer service at fair prices. CBI understands that for many purchasers, this is your first real estate transaction in Mexico, and perhaps your first international investment. The majority of foreigner buyers are located in your home city throughout most of the transaction, and your comfort is taking very seriously by CBI.

Josh has a long list of clients, and is well known amongst realtors and developers in the major resort areas of Mexico —primarily Puerto Vallarta and Playa del Carmen. At the National Mortgage Broker Convention in 2013, Cross Border Investment won the award for Best Outlook for Western Mexico. Josh has extensive relationships with the directors and sub-directors of the largest lending institutions in Mexico —access is the key to any financier’s success. Cross Border Investment is the leader for mortgages for foreigners in Mexico, as well as for Mexican national buyers.

"The treatment and support of Josh were invaluable. We could not have done it without his advice, effort and great support. I am very satisfied with his service and would definitely recommend and use him again. What I liked best about Cross Border Investment's services is their good treatment, kindness, support so that I did not get frustrated, and that everything I needed to know was explained. What I needed was a mortgage broker that explains to me what to do because I had no idea. I needed a mortgage broker that pushes so the process works, and that's what Cross Border Investment did in my case. Thank you very much for all the effort, truthfully we are very happy. They were a great help."

"Josh was great. He was able to explain every step of the process and always knew how to proceed. Great knowledge of the products and the system. Josh knew what needed to happen and kept us informed. It felt like Josh went above and beyond for us many times. I can’t imagine having done this without him. Our home purchase would not have happened without Josh. Thanks."

"Josh provided excellent assistance, guidance and communication throughout… The process is quite involved and without Josh and my broker, it would have been an enormous task, and likely would not have happened."

"I would absolutely recommend Cross Border Investment’s services. Josh, you are the best, congratulations!"

"Purchasing a property in Mexico can in itself prove to be quite challenging but add to that acquiring a mortgage/loan and it can become a nightmare. Josh Rappaport, President of Cross Border Investment, made both processes relatively stress free and exciting as it should be. Any questions or concerns we had were thoroughly answered and any telephone calls or emails were always promptly responded to. We found Josh was easily accessible which reassured us during this process. He regularly kept us informed as to the mortgage/loan progress. The manager of the lending institution that Josh obtained our mortgage/loan with was extremely helpful when we opened our account. We would definitely recommend Josh's professional services and would without question use his services again if we required another mortgage/loan. Throughout this process Josh was outstanding! He continually found humor in situations that were somewhat stressful for us which helped us through this process. The end result —we happily purchased our property and gained a new friend. Thank you Josh!"