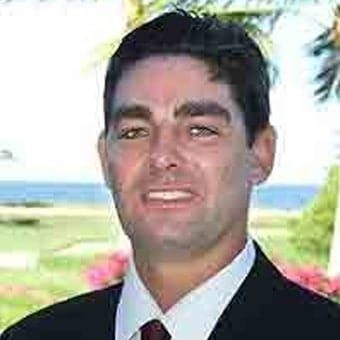 Born, raised and educated in Southern England. Jonathon moved to Puerto Vallarta, Mexico in Spring, 1997 as the Assistant Sword Coordinator for the TV Show "Conan The Adventurer", working on this show and others until the fall of 1998 – Keller Entertainment Group.

Jonathon worked as the Editor for a new English speaking publication for the  Vallarta Lifestyles Publishing Group (1998).

During that same period Jonathon started his Karate-do Dojo/school, an official and certified branch of the Japan Karate-do Ryobu-Kai Organization where he was soon appointed the director of the JKR in Mexico. His dojo soon grew to have more than 100 active students and Jonathon traveled to Japan, the United States and Europe with his teams of children and adults competing and representing Mexico in various National and International Tournaments / Championships. Jonathon currently serves as an advisor and previously as a member of the Executive Committee and on the Board of Directors of the JKR International Organization where he was the Chairman of the Board from Fall 2007 to Fall 2013.

Jonathon joined the Punta Mita Properties Sales team in Spring 2002 where he soon become an integral part of the executive sales & management team where he was an important asset in the success of the Punta Mita Properties office at that time, for the Master Plan developer Dine and the other Punta Mita residential communities. Jonathon decided to leave the Punta Mita Properties office to start Riviera Partners Realty in January 2009. Jonathon is a certified Mexican Real Estate professional and is currently the President of the board of the AMPI (The Mexican National Professional Real Estate Association / Asociación Mexicana de Profesionales Inmobiliarios, A.C.) January 2013 to date, of the Riviera Nayarit Chapter. He has recently been appointed as the AMPI Regional Director for the states of Jalisco & Nayarit (January 2015 to date).

Founding Partner/Developer of  Plaza Ollin located in the Village of Punta de Mita where the Riviera Partners Realty head office is located. Having developed an extensive knowledge and understanding of the construction and architecture processes and having participated in several master planned communities evolutional processes Jonathon is able to bring his knowledge, understanding and experience of the development process from A to Z for both residential, master planned communities and commercial developments.

Jonathon recently (December 2013) raised capital and purchased the El Encanto residential community from AIG's Mexican Real Estate fund. With a business plan allowing for three years to finish construction and sell the properties, Jonathon and his partners/team have completed and sold all the properties within a shortened time period of 15 months.

In his younger years growing up in England he was a competitor in two sports (Windsurfing & Karate-do) and was a National Champion in both disciplines in his teens.

Jonathon is currently the President of the Board of Directors of the  American School of Puerto Vallarta; 2013 to date.

"The best compliment that you can give someone is to call him a friend. I met Jonathon Smart when I needed representation on a Real Estate purchase. I couldn’t have been better served. Jonathon is a forthright and transparent businessman. Rare but essential qualities one looks for when buying property outside of your country of origin. I would recommend my friend Jonathon for assistance with any Real Estate transaction."

"We first met Jonathan in 2004 on our first visit to 'check out' the Punta Mita Four Seasons Resort. Like many we were long time believers that Maui was the perfect place to spend time away from the long Canadian winters and the ideal place to have a vacation home. I think it is fair to say that Jonathan’s pleasant demeanor, professionalism and sincerity played a major role in our decision to rethink our plans and to purchase a Four Seasons Villa as we learned of Punta Mita's remarkable and unique features. While working with Jonathon, we never felt pressured or that we were being rushed into making this important purchase decision. He patiently provided us with honest answers and valuable information on which to make our decision. Also Jonathan, being perfectly fluent in Spanish and English, gave us additional comfort with his ability to understand and guide us through any of the foreign country issues. Our first impressions of Jonathan were those of someone who really cared about and was part of the Punta Mita community, of someone that truly believed in the value and the Punta Mita quality of life being offered in his sales process. I am pleased to confirm that our first impressions have proven to be exactly right, as today as we observe Jonathan in action, he continues to be a leader in our community and he and his family are a valued and a contributing part of our growing Punta Mita community. We thoroughly enjoy our home in Punta Mita, the wonderful new friends we have made here and the beautiful surroundings that are providing us with activities and sites well beyond our expectations. Jonathan, thank you for working with us to make our Punta Mita purchase decision one of the best decisions of our lives."

"We have experienced Jonathon on both the buy side and the sell side. He is a consummate professional, focused on his clients needs and their price bracket. We would not hesitate to recommend him to any Punta Mita buyers and intend to use him again for our next purchase in that market."

"Jonathon Smart was the real estate agent who, in 2004, led my wife and me through the process of purchasing a home in Mexico. Jonathon was very knowledgeable regarding the opportunities in Punta Mita and his assistance in navigating the closing in Mexico, a process that was unfamiliar to us, was invaluable. My wife and I are thrilled with our purchase and now have not only a home in Punta Mita, but continue to be friends with Jonathon and his family. We highly recommend Jonathon to be your agent and introduce you to this marvelous place we call Paradise."

"Unlike many buyers, who tend to spend months kicking the tires, my wife and I bought on our first trip to Punta Mita. Why? Aside from instantly realizing that Punta Mita was 'our slice of heaven,' we were fortunate enough to come into contact, though our buying agent, with Jonathon. Having looked at a number or properties outside the US, we worked with a number of agents, Jonathon was, by far the most knowledgeable about the products, the area and the process to buy property in Mexico. And, perhaps more importantly, Jonathon always gave us honest and forthright answers to our never-ending list of questions. With his help, we started and moved efficiently through the purchase process, he did a fabulous job."

"Jonathon Smart and Wally Lopez have been business associates, neighbors, and personal friends since shortly after the Punta Mita development first opened. I would be confident to recommend them and I currently have a couple of properties in Punta Mita listed with them and their company Riviera Partners Realty. It doesn't get any better in our community!"

"From the first day my wife and I met up with Jonathon we both knew we had found the right person to help us make the decision on finding the right retirement property for the two of us, and vacation home for our family. Jonathon has a sincere interest in listening to your wants and needs, and guiding you in the direction of the properties that will suit that criteria. His knowledge of the real estate market is vast and second to none, as he has his ear to the ground and knows everything first hand of what is going on in his market. Jonathon watched over my wife and I, and treated our investment in the real estate we bought as if it was his very own purchase for his family. He guided us along the path of purchasing properties in Mexico and showed us how it was as easy as buying anything in the United States. With Jonathon, it is like having your best friend helping you find the property of your dreams."